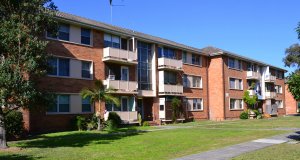 The latest Census figures released by the Australian Bureau of Statistics (ABS) have revealed that Australia had over one million unoccupied houses. This is approximately...