A small segment of the population in Turkey possesses enormous wealth, while millions of people are struggling with poverty and unemployment. 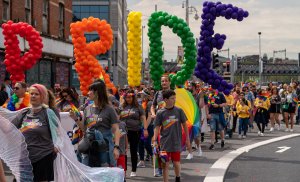 On 27th June, 1974 ten brave souls marched from the Department of Justice in St Stephen’s Green to the British embassy in Merrion Road to... On Thursday, 2nd September, Prime Minister Scott Morrison announced that medalists at this year’s Paralympic Games would get equal payments to their Olympic counterparts for the first time in Australian history.

The Disabled and Neurodivergent Workers’ Alliance (DNWA), an organisation of neurodivergent and disabled workers both employed and unemployed, held their first AGM online in late August.