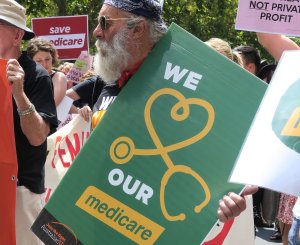 Since its introduction in 1984, Australia’s national health insurance scheme, Medicare, has been under constant attack from the privateers. Medicare is an anathema to their...

On Saturday 20th of February, approximately 100 people gathered at the State Library of Victoria to fight independent assessments and for an improved, more accessible, and fair disability service.

As part of the latest Federal Budget on Tuesday the 11th of May, the Morrison government announced it would be increasing the annual budget of the NDIS.

The Senate Standing Committee on Community Affairs will conduct an investigation this year into the “purpose, intent and adequacy of the Disability Support Pension” (DSP). 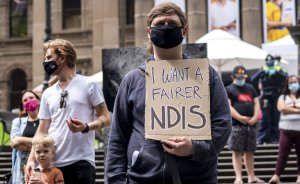 Dealing with a disability and the NDIS process

Our grandson was placed with us when he was a baby. He was a victim of crime and is now living with an acquired brain...

The federal Treasurer delivered an address to Treasury staff last week, informing them that the government would oppose wage claims and use available legislation to...

Previously, this column mentioned the role of labour parties and social democracy as enablers to fascism. Against Fascism and War, Georgi Dimitrov’s report to the...

Government’s contempt for disabled people can no longer be ignored

It is hardly a shocker to hear of the Coalition government’s antipathy towards its nation’s most disadvantaged people. But with recent facts coming to light this month, the government’s attacks on disabled people have gone from predictable to egregious.