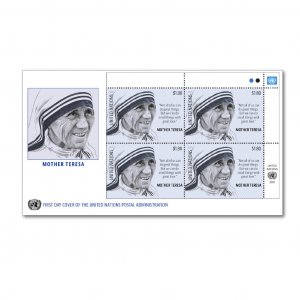 On the 12th of August 2021, the United Nations (UN) issued a postage stamp bearing a photo of Saint Mother Teresa for use at the UN Postal Administration (UNPA) at the UN headquarters in New York City.

The gospel according to Morrison