The unrepentant wage thieves at the Commonwealth Bank (CBA) are set to push ahead with a vote on an enterprise agreement that will further erode the basic entitlements of staff.

Last year, the Victorian parliament passed a law making wage theft a crime. On the 1st of July this year, that law came into effect. 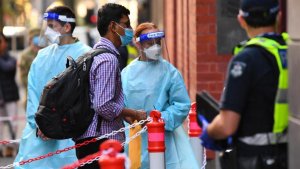 In July this year, the Fair Work Ombudsman (FWO), Sandra Parker, launched an investigation into thirty-seven companies who ran security for hotel quarantine in Melbourne...

Restaurateur first to be criminally charged for wage theft

The Australian labour movement is on the precipice of a major win for workers’ rights in the form of a criminal case brought against a...

Socialism and capitalism: a tale of two approaches to enforcing environmental laws

It is no secret that in some societies, certain harmful activities go unpunished. For example, in the framework of a capitalist society, white-collar crimes are...

Wage raise a good start but not enough!

Last month, the Fair Work Commission increased the minimum wage by 2.5 per cent – raising it to $20.33 an hour.

“COVID-19 has been likened to an x-ray, revealing fractures in the fragile skeleton of the societies we have built.”