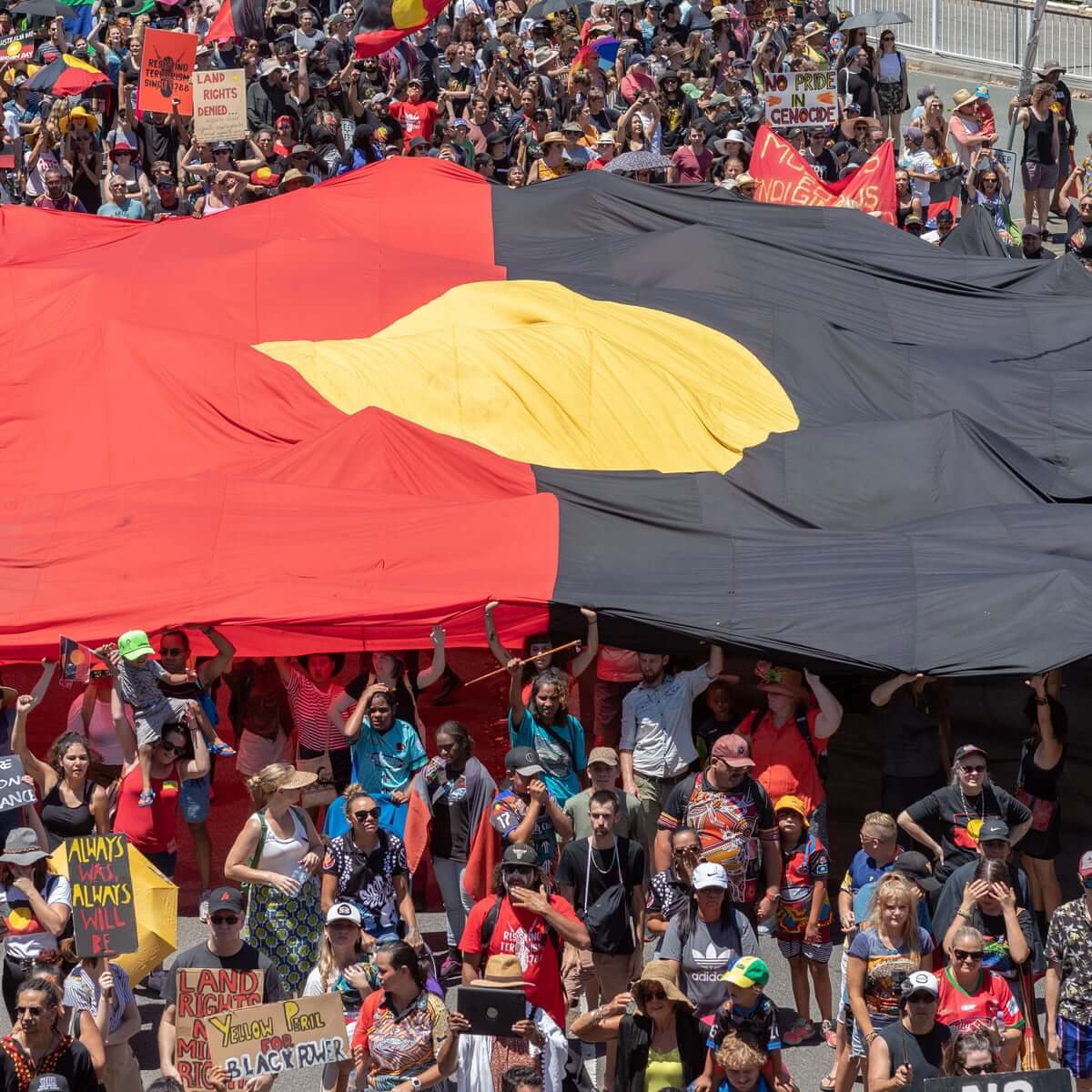 In 2007, Operation Outreach involving 600 Australian Army soldiers was launched against Indigenous communities to implement the Howard Coalition Government’s Northern Territory Intervention policy. The Intervention has since been reinforced by the Rudd and Gillard Labor Governments and the Abbott Coalition Government. It was extended for a further ten years under the Stronger Futures in the Northern Territory Act 2012.

The Intervention policy has a number of regressive features, including:

The underlying purpose of the Intervention is to free up indigenous lands for exploitation by the mining companies. This is shown for instance by the use of Indigenous land at Muckaty in the Northern territory for nuclear waste disposal and the rapid increase in mining leases in mineral rich areas. The Federal Government’s relaxation on the restriction of uranium sales overseas has prompted a surge in mining company interest in gaining access to Indigenous lands.

The method used by the Intervention is to gain public support by fomenting hostility against Indigenous peoples, initially with the allegation of child sexual abuse within the communities. This emotive accusation was backed by revival of the demand that Indigenous people assimilate into white society. It incorporates the authoritarian attitude that “We will tell you how to spend your money” and “We will tell you how to raise your children – and if you don’t comply with our rules, we will take the children from you”.

The Intervention represents a huge backward step in the recognition of Indigenous peoples’ land rights and respect for their dignity and culture. It is an extreme form of racism contrived for the purpose of satisfying the profit hungry mining companies.

This struggle is not unique to the Northern Territory but affects Indigenous people across Australia who are subjected to racist policies and practices.

There is a compelling need for both the Indigenous people and the working class to recognise the common enemy and to forge ties of understanding and solidarity in the struggles that lie ahead.

The Communist Party of Australia remains committed to the following additional policies: