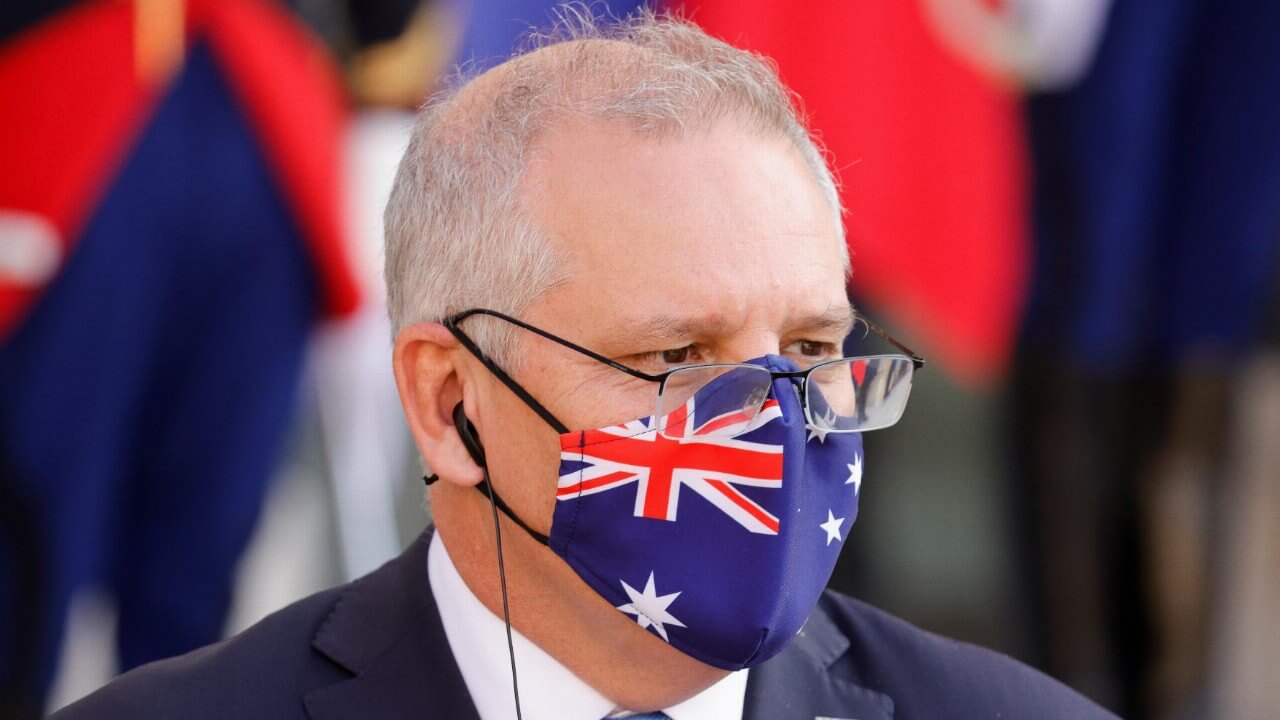 The Communist Party of Australia urges all its members and supporters to actively oppose the Morrison government’s decision to join the AUKUS Agreement; to buy nuclear-powered submarines; to purchase cruise missiles and other offensive weapons; and for Australia to host more US troops, warships, weapons, and planes.

The announcement was made at the 31st Australia-United States Ministerial Consultation in Washington. The Australian government agreed some time ago to be part of AUKUS, a trilateral security pact between Australia, the United Kingdom, and the United States. AUKUS aims tie Australia even more tightly to US imperialism’s war plans against the People’s Republic of China (PRC), to have Australia take a larger share of the financial burden, and consolidate Australia as a US launching pad for war. In the process, Australia jettisons what vestiges of sovereignty remained.

The Australian government has dropped the mantra that we don’t have to choose between Beijing and Washington. Now we are all in with the United States.

The AUSMIN statement lists agreements for the deployment of US aircraft of all types in Australia, US surface and subsurface vessels in Australia; more complex and more integrated exercises; and support for warfighting and combined military operations in the region. The agreement covers key areas such as artificial intelligence, cyber warfare, underwater systems, and long-range strike capabilities.

The moves are a step back to the Cold War days and will bring with them the same repression and restrictions on unions and our party as the Menzies era did. They bring a further dramatic loss of Australian sovereignty and freedom of choice and an imposition of an economic burden on the Australian people while making Australia complicit in a dangerous heightening of regional tensions and conflict

The AUSMIN statement makes much of what it calls the rules-based international order. Our Cuban friends have correctly called this the law of the jungle and it is certainly a euphemism for the US empire.

Paying for the nuclear submarines and other commitments will be extraordinarily expensive and will mean that other government departments will be raided to finance them. Welfare, education, the environment, and the now important health budget will suffer. Workers’ wages, especially those in public services like nursing and education, will remain at an all-time low.

The working class will bear the burden of all this exorbitant expenditure and posturing by the Morrison government as it manoeuvres prior to the federal election to try to claim it is protecting the Australian people when in fact it is doing the opposite.

Efforts made by the Liberals and the employers to persuade workers and unions that the new militarism will provide jobs must be resisted. Party members and supporters must campaign for work that creates benefits for the people of the world, not work that produces more efficient people-killing machines.

While military spending does create jobs, it does not create nearly as many jobs as a comparable investment in productive industry. The effect of increased defence spending is to take resources out of creating production and providing services that expand economic activity. Rather it sinks resources into the creation of tools that further destroy resources, both people and goods.
Nuclear powered submarines present a risk to the environment and the people of Australia as they can suffer accidents to the reactors and in collisions. The presence of these ships in our capital cities and harbours is a clear and present danger. There are already nine nuclear reactors on the seafloor from sunken nuclear submarines.

The federal government is already close to the powerful nuclear lobby and the introduction of nuclear-powered submarines clearly opens the way for the development of an Australian nuclear power industry and for a nuclear weapons capacity.

A Chinese spokesman said the agreement “seriously undermines regional peace and stability and intensifies the arms race”. The CPA stands in solidarity with the PRC as it faces this latest provocation and threat to its sovereignty and survival.

The CPA recalls the words of our Communist working-class poet, Vic Williams:

Can those who killed millions be ever repentant?

Take the guns from the hands of the killers, the spoils from the robbers,

For the sacked, the evicted, the prisoned to make the world of the future.

Hold to your course, my Party, our world will prevail!