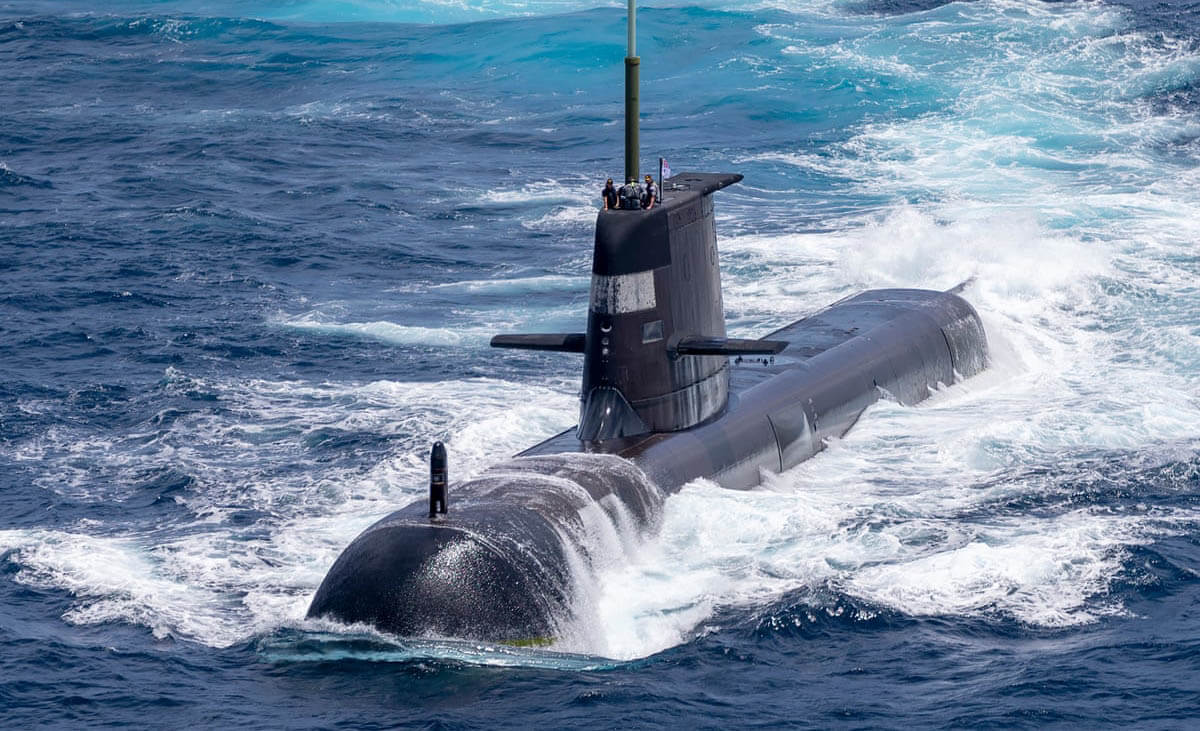 The Communist Party of Australia condemns the visit by UK Foreign Secretary Elizabeth Truss and Defence Secretary Ben Wallace to Australia for talks on closer military co-operation in our region with Defence Minister Peter Dutton and Foreign Minister Marise Payne.

‘These talks contribute to a dangerous further stage in the militarisation of the Pacific, and promote tensions and risk war in our region, in fact threatens the South Pacific Nuclear-Free Zone (SPNFZ) Treaty of Rarotonga” said CPA President Vinnie Molina.

The proposal to station British nuclear-armed submarines in Australia comes on top of last year’s AUKUS deal to provide Australia with submarines powered by weapons-grade uranium.

Australians are reeling under the the COVID omicron variant and the health system is showing signs of cracking under the pressure. The Victorian hospital system has announced it is going into code brown, a code reserved for natural disasters. There are growing deaths in age care homes and a lack of Rapid Antigen Tests (RATs). The shelves of our shopping centres are empty because of supply chain problems. Our country faces droughts, floods, and bush fires.

But where does the Morrison Government put its energy? Into acquiring nuclear powered submarines from the UK or the US at a cost of over $100 billion.

Did the UK and Australian ministers perhaps discuss the distribution of iodine tablets in Adelaide, Brisbane, Sydney, Perth and other cities where UK submarines may be berthed or Australian nuclear submarines built?

Over 97,000 iodine tablets were pre-issued to people in 3 UK towns from 2016-21 to protect them from radiation in the event of a meltdown of a nuclear-powered engine. Medicines went to nurseries, schools, care homes and clinics near naval docks.

The production, servicing and berthing of nuclear-powered or nuclear armed submarines in or near population centres present unacceptable health risks. Safeguarding our communities cannot be achieved through pills. Nuclear submarines must be banned in Australia.

The presence of senior British negotiators in Sydney to discuss AUKUS is just the next step in a process under which the people are being treated with contempt. There has been next to no public discussion about the implications of AUKUS. Instead, we are subjected to a constant stream of messages about China’s evil intentions, which have little basis in reality.

The official AUKMIN Statement makes this clear. It repeats unsubstantiated allegations about human rights violations by China and welcomes greater British military involvement and increased military co-operation and planning in our region.

The AUKMIN Statement says the ”AUKUS partnership is consistent with our international obligations and unwavering commitment to global peace and stability.” This would be laughable if it were not so dishonest and so dangerous.